Check out what some of our customers are saying about Wolcott Home Services.

Local Reviews
for Fairview, OR

Wolcott Services Rated 4.8 out of 5 stars based on 8 customer reviews

Powered by Nearby Now

Between negotiating with the HOA, the city, fear of my CPVC pipes exploding, several failed attempts to shut off the main, and communication woes with several plumbers, I had a really long and tough time getting my water heater replaced. Wolcott was my first call. I like these guys. Worked with them before. Mike is impressive and Grant (my water heater guy) feels trustworthy. But something happened. Sometime later after reaching out to three or four other plumbers, I circled back Wolcott. Grant was right there. He came back with a mission to get the job done. He was tenacious in finding solutions and making it work stating several times that "we were going to win today." And we did! Thanks Wolcott

Brandon did a great job in replacing a broken part on our shower faucet. However, the cost was $465.00 to replace the $5 part. I think it was because he had to drive all over town to get the part. Although we asked for an itemized receipt, we did not get one. While we appreciate getting the job done well, I was shocked by the price.

Friendly and on time

Hannah was very helpful on the phone, when I called about a broken water pipe. She was quick to get me scheduled a day out, then called a couple hours later saying she could get a service plumber out in a couple hours. Brandon was friendly, professional and did a great job. Thank you.

Grant was out by 7:30 and went over everything regarding our water heater. There was absolutely NO pressure to buy a new one over repairing the older one. We did end up getting a new one, which he installed right then. He was VERY friendly and explained everything to us. He had us up and running in no time. He truly is a GREAT representative for your company.

Last year we had our hvac unit leaking when AC was on and after 6 techs had no real solution or fix, The leaking worsened this year and they sent Ken. Ken identified the problem as soon as he saw our issue and fixed it. Very professional and knowledgeable.

Ken was my service technician and he was very friendly and professional. He explained what he needed to do and showed me the area of concern. I now have an air conditioner that functions perfectly. And he loves dogs! 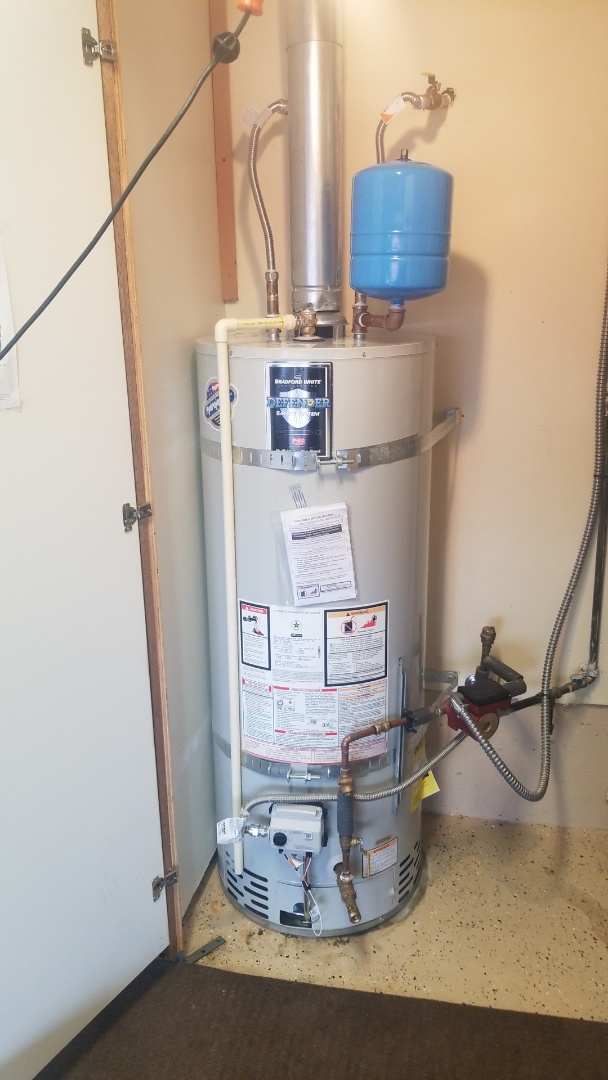